Summary : This text addresses several issues related to the life-forms that are produced by biotechnologies or-and used in biological sciences. In particular, it raises questions regarding the nature of the ordered world and the ontological variability of the world's constituent entities. Especially between "natural" entities and "manufactured" entities emerged a new mixture of relations to life, the so-called "bio-objects", that is useful to explore for a best understanding of the reconfiguration of "life". The goal is to study relational ontologies, or rather the life's modes of existence, while empirically addressing the nature of specific bio-objects.

Grounded on a socio-anthropological approach, we empirically explore a specific bio-object: genetic resources. We sought to empirically relate plant and animal "genetic resources" to the practices in which they are enacted and thus come into being as "resources", thus bringing awareness to potential practices that enact alternative realities.

As a result, we first argue that the vernacular category of "resource" is overly simplistic given the ontological fluctuations associated with the practices in which these bio-objects are enacted. Second, we assert that several forms of living entities are enacted via different practices and that they vary in agency. This agency results from multiple factors that we identify in our analysis. We conclude with this kind of bio-object, connected to life, and able to support variable ontologies that are gradually describing the space that exists between being and resource.

Job/Emploi : CellTechs is looking for its next Asst. Prof. (Enseignant-Chercheur)

Job/Emploi : CellTechs is looking for its next Asst. Prof. (Enseignant-Chercheur)

Information on the Master M2 "Microfluidics" 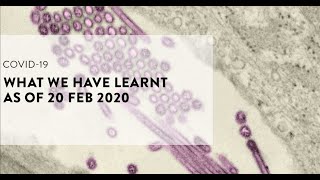